There is a grilled balcony in my Kolkata home. Back in school, on rainy days, I used to sit on the balcony ledge holding on to the grill and watch pedestrians scurry on the road below as raindrops plummeted down from the skies. A few stray drops would land on my outstretched palms as I sat there staring at the changing shades of the clouds above the buildings in the horizon.

It rained today as well and I instinctively went out to haul myself onto the balcony ledge only to realise that my fat adult body had outgrown its ‘oh-so-familiar’-ness. I guess my mother had been watching me as well as she called out just at that moment- “Oh you are too big for that now.” I sulked a little, stood there obstinately for a while more and reluctantly walked in after some time. “It’s just another thing you will not do anymore”, a little voice inside my head said, “but you have so many more of them.”

All of us, at some point of our lives or another, have left things behind. Childhood homes, teenage crushes, classrooms, friends, family, colleagues, workplaces- things that defined life for us at one point or another. Hark, even my city has left its colonial name behind. Earlier this weekend, I quit my first job. Goodbyes are never easy, especially if it is accompanied by colleagues who have just laudatory words for you, and a usually inexpressive roommate whose voice is broken with the weight of unshed tears.

Thus, with a handful of gifts, two years of memories shipped off in thirteen boxes and a bevy of friends to see me off at the airport, I flew off home. I left behind a city that had given me my first true sense of independence in an elusive search for something more meaningful, something more substantial. A number of farewell messages are sitting in my inbox. I do not have words to compose justified replies. So, I have let them sit for sometime. Eventually, I will get to them. Eventually, I will get to everything that is supposed to be done and everything that is supposed to be said. For now, the clock races on.

And soon, it will be time to leave home behind once again.

2 comments on “Two years, thirteen boxes and a dearth of words” 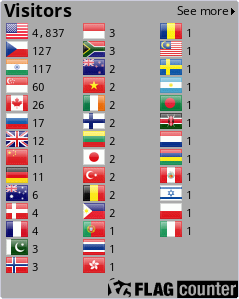